The Tokyo Treasure Islands Project is a project which aims to refine the Tokyo's islands brands through "Shima-Kaigi" (Island Meetings) with residents. This report covers 2nd island meeting held on July 9 for Toshima.

Communicate from the center of Tokyo to raise awareness on Toshima.

The Toshima team began by looking back on previous day's study tour. "Turntable" is not demanding extreme services. AKOMEYA has a luxurious-feeling atmosphere and places importance on the concept of streamlining its design. The uncured tuna ham at the Japan Department Store Syokuhinkan is a good idea. If it's processed, it can be preserved for a longer period of time. The members shared what they learned from each facility. The ideas included having a facility like Turntable and having a store downtown to output information.

After looking back, a workshop was conducted to think of a customer persona. In conducting the workshop, the moderator explained the importance and said that "making a vivid persona of the visitor will lead to a better understanding of customers. A marketing concept and idea that begin with a deep understanding of the customer touch upon the hearts of people and have a higher chance of success." In addition, this workshop focused on people, and the participants discussed what kinds of people they wanted to be fans of Toshima. 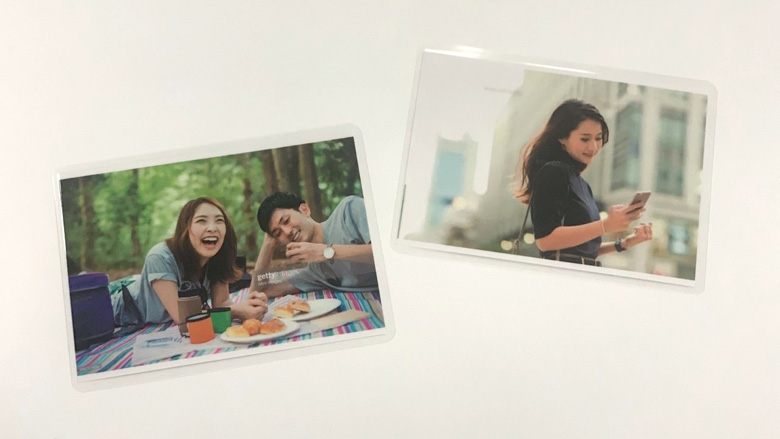 In the workshop, 50 pictures with images of people were browsed among the members. The members looked at the cards so that one card with the image of a person whom the members would like to have become a fan of the island and like Toshima would remain. The members would then look at what kind of person was on the last card and explained why they liked it.

Next, there was a discussion on the persona of the individual on the card between people who believed they would have the same idea, in order to keep the cards that can be empathized with and to narrow the number. The members dug deeper on the narrowed personas through looking at the age and gender of the individual, as well as how that person would spend their weekend. That led to a specific persona of women around thirty and couples.

The discussion went further after the moderator asked what the effects of that person becoming a fan will be, which person should become a fan first, and what information that person is looking for.

2nd island meeting concluded after the workshop finished. At the end of the workshop, the moderator shared with the participants from Niijima and Shikinejima, who were discussing in the same meeting room, that Toshima team had split into two groups to create a persona, and that they had concluded that communicating with active people will allow their followers to receive the information.