The Tokyo Treasure Islands Project is a project which aims to refine the Tokyo's islands brands through "Shima-Kaigi" (Island Meetings) with residents. This report covers 2nd island meeting held on July 9 for Shikinejima. 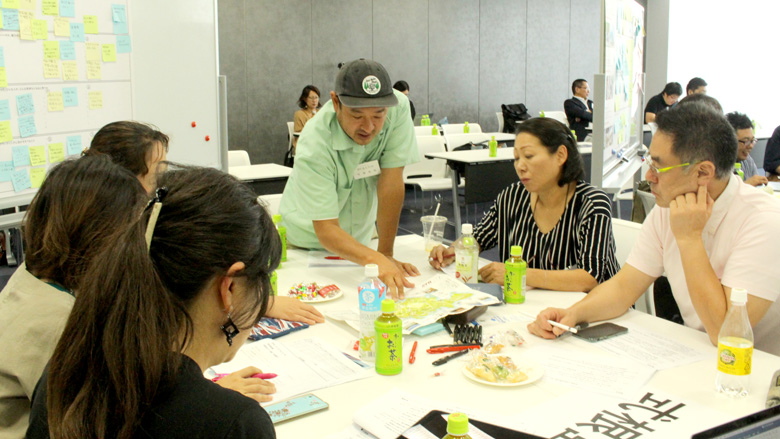 The Shikinejima team began by looking back on the previous day's study tour. Some praised hanare's style of design while others learned the importance of having a concept from Hakejyoyu Noriben Yamanobori. Others were surprised that one idea made a seaweed bento into a brand. The discussion was lively from the start, with people claiming that the mobile kitchen car from COMMUNE 2nd to be appealing and giving a positive idea to implement street food stalls, which can be used as a community space for residents and tourists and as an attraction that can be enjoyed by visitors who have checked out of their accommodations.

Gathering information for island meeting discussions as a homework 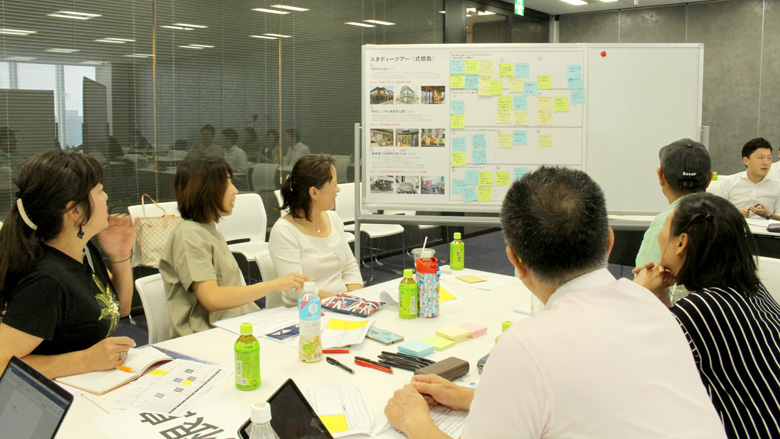 After sharing what the participants noticed during the study tour, the moderator suggested gathering information such as the age, seasonal changes in the number of visitors, and annual number of guests spending the night, in order to examine the island's challenges and the action plans to solve those challenges by using various values.

Operators of private accommodations and shops commented that visitors to the island are mainly those in their 30's. They feel that five years ago, more of the visitors were in their 40's. In terms of seasons, golden week in May, July, and especially August during the Obon holidays are when the island gets crowded.

2nd island meeting ended with participants taking back homework to collect information on the trends of people visiting the island in order to have deeper discussions during the third island meeting, scheduled to be held in October, using public data including the island population, tourist numbers, and the number of migrants.