The beautiful fan-shaped Tomari Beach is visited by many tourists during the summer.

The Tokyo Treasure Islands Project is a project which aims to add value to the Tokyo's islands and refine their brands through "Shima-Kaigi" (Island Meetings) with residents. This report covers the first island meeting held on June 20 in Shinkinejima.

11 people participated in the first island meeting at Shikinejima, which is home to approximately 500 people.

Participants were split into three groups, and each was tasked to think about the island's regional resources and the challenges facing the island. Using those ideas, the future of the island (ideas) were discussed. 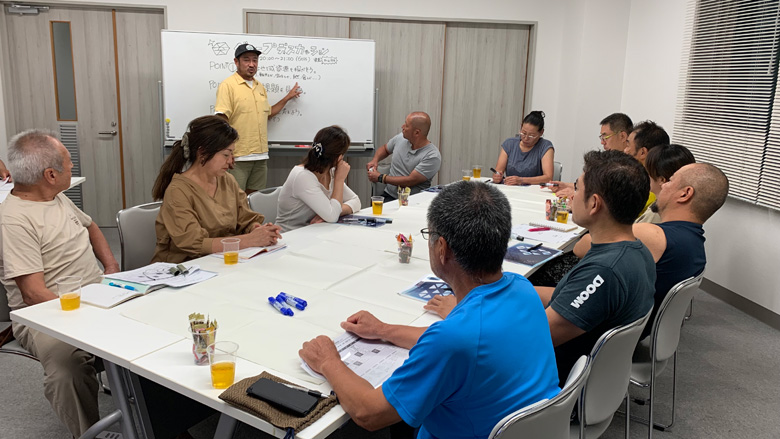 First, the participants wrote out their ideas regarding the island's regional resources on sticky notes.

Ideas included the natural environment, such as the mid-ocean hot spring, the ocean itself, as well as the sunrise and sunset, and the interpersonal relationships including friendly people, energetic children, and kind residents. The island is compact, but the land for each house is spacious, and the rent is cheap, making real estate another regional resource of the island.

It is crucial to build an island with opportunities: Thinking of the future of the island together

Next was the discussion on the island's challenges. In addition to the small number of young people who will take charge of the island's future, the lack of places to startup a business, vacant housing, the low number of stores, the fact that the island has no high school were some of the concerns that were raised.

There were many ideas regarding finding people who will actually solve the island's problems and support for the future. Specific ideas to attract people from outside the island and to support the retention of residents included increasing housing and employment, creating opportunities for entrepreneurship, effectively using unused real estate, and creating shared spaces so people can gather and achieve something together. 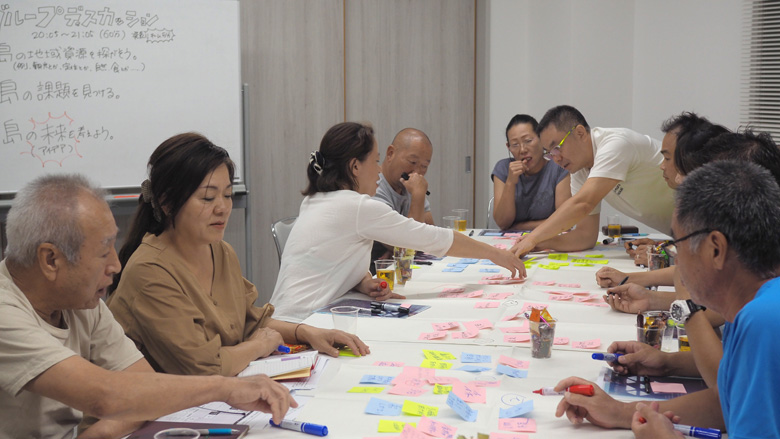 In response to the idea of "making work if there is none," people agreed by saying, "If people can create work on their own, there will be people engaged in I-turns as well as U-turns." Furthermore, it was noted that "creating an island that offers those opportunities is paramount," while the discussion was intense. 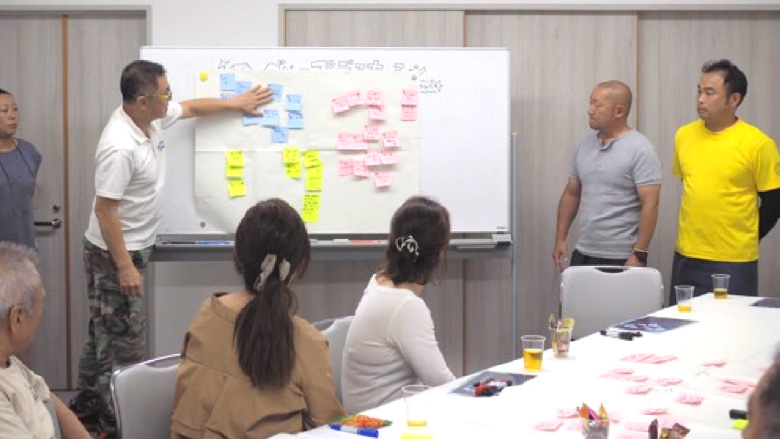 Everyone is aware of the problem. It is time to get all of us on the same page for the next meeting

Katsuhiro Shimoi, a participant, said, "I understood that everyone was seriously aware of the challenges on the same theme. I'm excited for future development." Kaori Araki said, "It was stimulating to see everyone thinking of the island on their own, and it was an opportunity to let me understand that people are aware of the same challenges."

The island meetings for Shikinejima will continue for four more times in 2019. Ideas and challenges shared during this meeting will be used in the meetings that follow to come up with branding concepts and specific action plans.