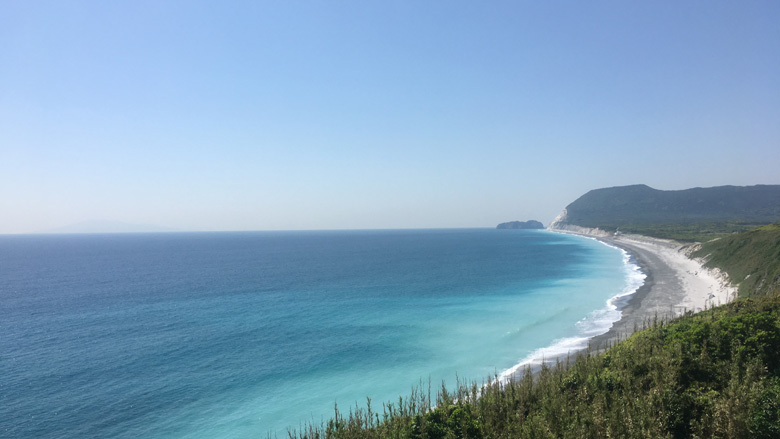 The Habushiura Coast is one of Japan's most famous surfing spots and was even selected as one of the 100 Views in Tokyo.

The Tokyo Treasure Islands Project is a project which aims to add value to the Tokyo's islands and refine their brands through "Shima-Kaigi" (Island Meetings) with residents. This report covers the first island meeting held on June 19 in Niijima.

The preservation and use of natural environments such as koga stone, and the search of new ideas and possibilities

13 people participated on the first island meeting at Niijima, where they have characteristic beaches with white sand.

Two teams were created in the meeting. Their task was to think about what they wished the island had and what the challenges of the island are. The ideas that were extracted were then used as a basis to promote discussion. 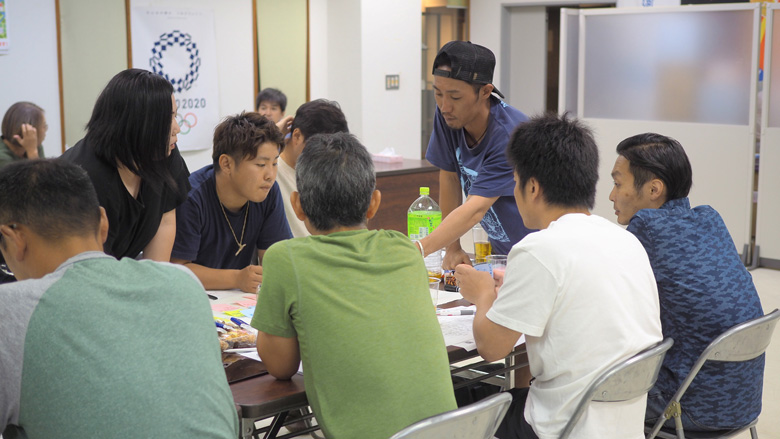 First, the 13 participants wrote their ideas on sticky notes and debated within their groups with regards to the first task.

Some of the ideas presented included the preservation and use of housing built using koga stones*, the conservation of beaches, using what is already on the island, and ideas regarding transportation, such as buses and electric cars that allow passengers to carry surfboards.

*Koga stones refer to white or light colored glass-like porous rhyolite. There are houses that are built using koga stones on the island, as well as over 100 Moai statues. The white sand at the Habushiura Coast was also created from the koga stone. Niijima glass is also a popular olive-colored glass product of Niijima that uses koga stones and is often bought as souvenirs. 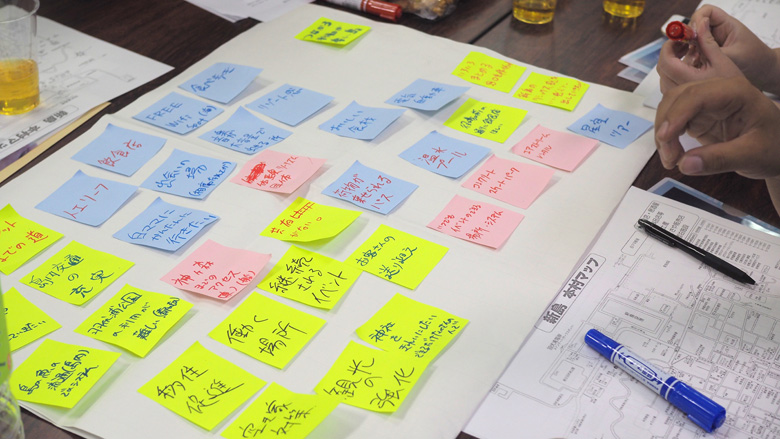 Discussing what is needed for the future of Niijima

Next, there was a discussion on the challenges that face Niijima. Some of the challenges that were listed include the scarcity of taxis and rental cars leading to rental bicycles and the small number of buses the only transportation available, difficulty receiving and sending off guests who stay in private homes, the limited number of cafes and restaurant establishments, as well as dealing with vacant houses. 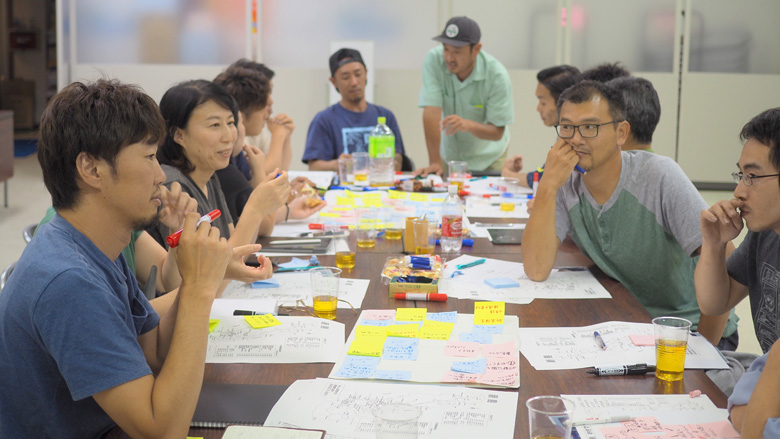 One participant said that when thinking of what to do with Niijima, it is important that we as residents think of these matters as great things to do for the island. Other people agreed and said, "If we want to call tourists, there are many ways to do so, including improving services and putting effort into environmental conservation." 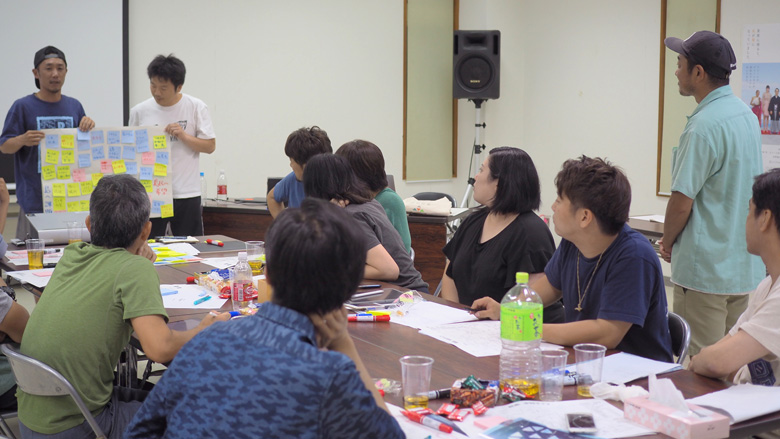 Terunoshin Nishitsugu, a participant, said that "although the island faces many challenges, I would like to absorb and share the opinions of the participants." Furthermore, Satoe Ozawa, who is in her third year since returning to the island, said that "it would be great if we could make efforts into updating the future vision of the island by using the ideas that everyone worked hard to come up with as well as by using what was already built up by the residents over time."

The island meetings at Niijima are scheduled to be held for four more sessions in 2019. In the next meeting, ideas and challenges shared during this session will be used as a base to work on specific topics such as branding concepts.