The Tokyo Treasure Islands Project is a project which aims to refine the Tokyo's islands brands through "Shima-Kaigi" (Island Meetings) with residents. This report covers 2nd island meeting held from July 8 to July 9 for Mikurashima. 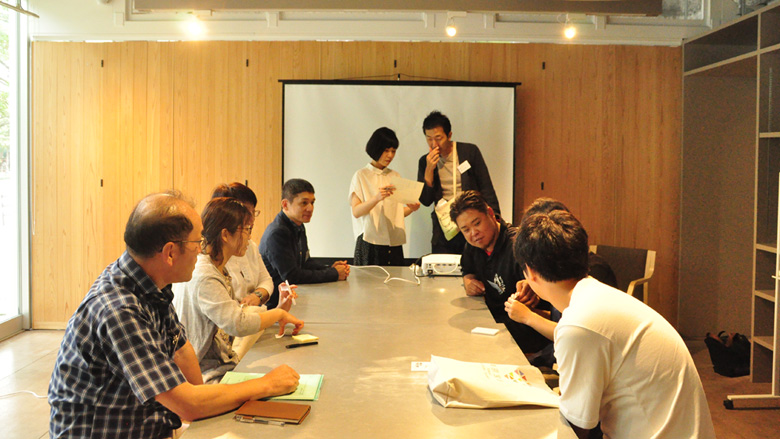 Using the discussion on providing special experiences from the previous meeting, the goal of this island meeting was to think about the customer persona that would symbolize such experiences.

In the first part of this island meeting on July 8, before the discussion on thinking about the customer persona began, the participants used sticky notes to write what actions were possible, while using the notes from the study tour as a reference. The participants' ideas were then grouped into the five categories below.

Bringing out the self-initiative of visitors by having them empathize 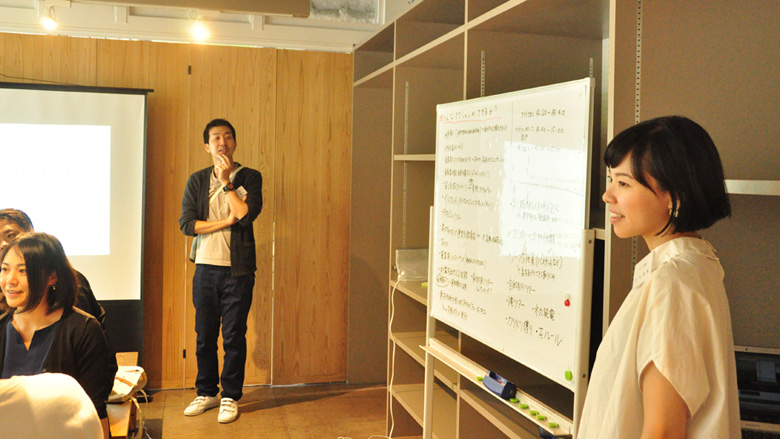 Opinions from the participants included shock at selling a tour that does nothing(learned from the study tour) and reflect themselves before as having to force the values of the island onto the visitors such as making them see the stars or dolphins and making them harvest things in the mountains. Others pointed out that it would be better if the visitors took initiative and understand that it was something of value so that they can see the island as it is. Still others noticed that during their field work, the participants were the forces driving the experience and how the facility made good use of human resources.

As a result, the moderator cautioned against treating these special experiences as labor. In other words, laborers simply do what they are told to do, while those who volunteer and empathize with a certain vision will begin working on their own and even propose ideas. The first half of the meeting concluded with the idea that if these empathizers increase, then it may connect to the future of the island. 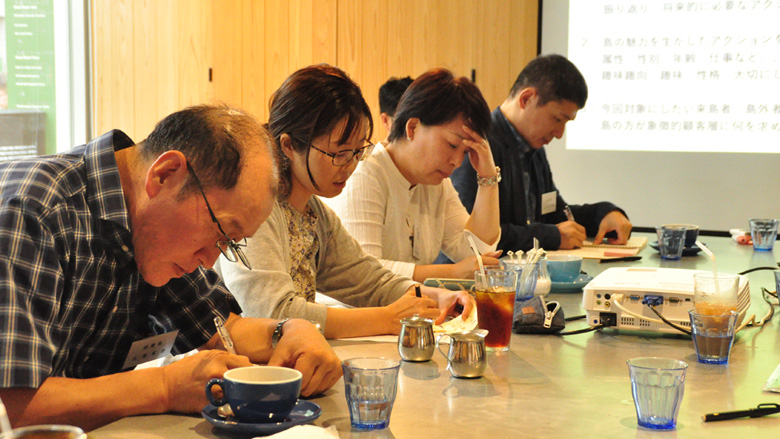 In the second half of the meeting, which was held on July 9, using the discussion of what actions can be taken, which was discussed on the previous day, the moderator asked what kinds of people and which generation of people the residents want to newly call to the island, aside from the repeat fans who come for the dolphin swim.

Many ideas came from the participants including young people who are flexible both financially and in terms of time, highly sensitive people in their 20's, those between the ages of 30 and 40 who are looking to brush up on their skills, and even those who want to live on the island.

Using these ideas, 2nd island meeting concluded that the persona of visitors to Mikurashima was provisionally set as people who want to use their skills and get involved with the island.