The Tokyo Treasure Islands Project is a project which aims to refine the Tokyo's islands brands through "Shima-Kaigi" (Island Meetings) with residents. This report covers the third Hahajima island meeting held on August 27.

Starting by looking back on the second island meeting 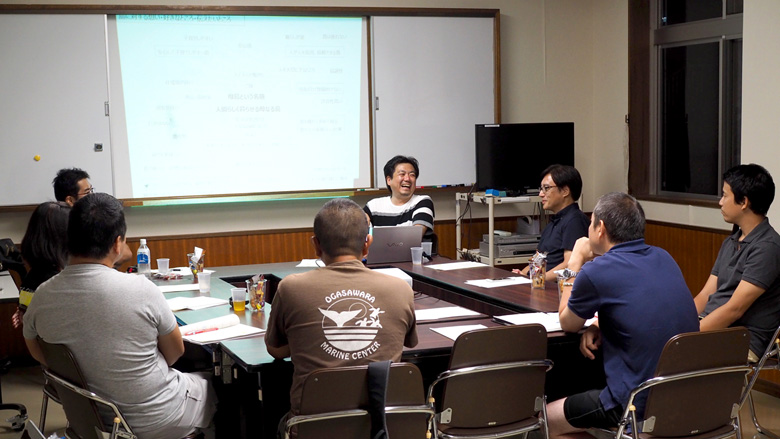 Prior to starting, one of the participants shared a document listing the appeals and challenges of Hahajima that he put together using the previous discussion. That participant shared his desire of solving Hahajima's challenges through the island meetings and said, "I heard concerns about the island's future, such as the declining and aging population, and was finally able to get a clear picture. I want to come up with a substantive idea."

When the meeting began, the moderator displayed documents that summarized the contents of the previous meeting. The participants looked at the appealing points of Hahajima that were mentioned by the participants of the previous meeting, such as how the island is a place where children can be raised with peace of mind, how letting one's mind drift is one of life's greatest luxuries, and how there are connections (trust) among the people, and decided to call the brand value of Hahajima common among these as "a motherly island where a humanly lifestyle is possible"

Once the participants agreed, an action plan that would resonate with those seeking values such as the ones Hahajima possesses was considered.

What action is required that doesn't end with simply making things?

The first action idea mentioned was the manufacturing and sales of original Hahajima T-shirts. There is an illustrator in Hahajima, and if the islanders wear a gajumaru-base* motif T-shirt, it would lead to PR"
*The base of the large gajumaru tree at Maehama in Hahajima. A place for relaxation used by the residents. 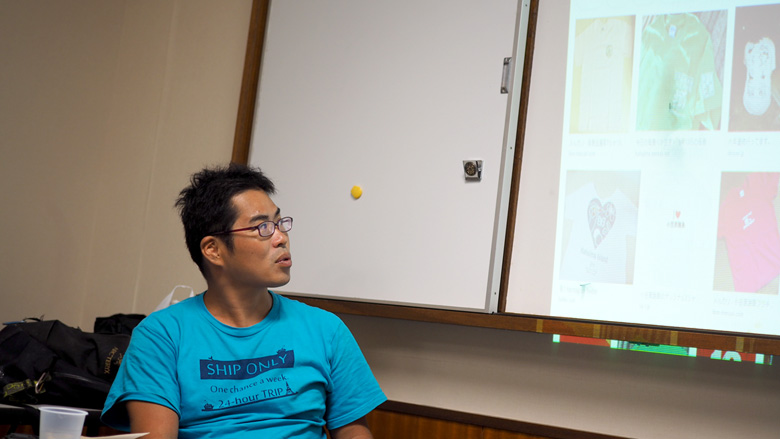 In response to this, everyone agreed when it was pointed out that the idea might fail if it's based on manufacturing from the start, and that initiatives that consider the essence of communicating within the island and don't end with simple manufacturing are required. The discussion continued in an attempt to reach a more substantive idea.

At the root of the participants' opinions are sincere thoughts on the future of Hahajima and Ogasawara that yearn to think about the essence and what lies ahead for the island. As a result, ideas that seek opportunities for interaction such as periodically creating a space that allows residents and non-residents to think about the island, hosting the Tokyo Treasure Islands Meeting (general meeting) in Ogasawara, and hosting an adult version of the Island League* stood out.
*A soccer tournament for children living in the islands of Tokyo.

The third island meeting ended with detailed Hahajima-like ideas such as shooting a one-day time lapse at gajumaru-base, promoting on social networking sites, and bringing back the Guam flight route.

Participant Koki Ozeki expressed his expectations for development and said, "Although Hahajima is a small island, opportunities for everyone to gather are rare. I hope that this island meeting makes everyone say, "Let's do it.""

For the next session, a study tour of precedent cases that will serve as a reference is scheduled in order to consider the action ideas discussed during this meeting in a more detailed manner.