On February 25th, “The 5th Island Assembly” was held in a study room at Hachijo Town Commerce and and Industry Association on Hachijojima. 9 people from a variety of businesses got together. This time as a fifth meeting, we specifically discussed the concept of our brands and ideas for actions. 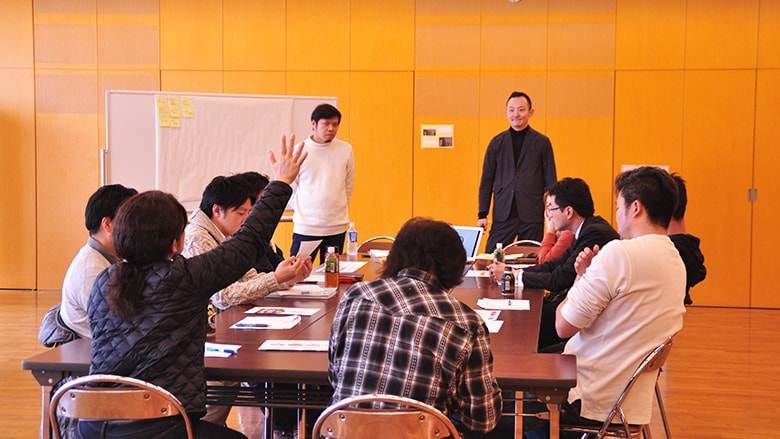 At the previous Island Assembly of Hachijojima, we had decided “the Island where you can receive healing and stimulation” as the main concept and once named “Vitamin H” as a value of the island’s charm. However, there was a suggestion that we would like to appeal with more organic image that corresponds to the nature of our island.

The typical character established as Hachijojima Persona (symbolic customer icon) is a female character “Yuki-chan” who receives inspirations and energy through interactions with nature and people and heads out to creative work again. We actively discussed how we should connect with Yuki-chan and what kind of experiences we should provide for her so Yuki-chan will see through the value hidden in Hachijojima and become a big fan of the island.

Following the advice of specialists at the 2nd Tokyo Takarajima Assembly, the idea of expressing our island in colors came out from the analysis of instagrams. That triggered us to publish picture books with the theme “Let’s go to collect colors” as an attraction for visitors. We also created a photo book featuring the beauty of nature that illustrates this island better.
In addition, we discussed the idea of displaying the photo collection in restaurants in the metro area for customers to look at while waiting for their orders. There was also a suggestion to create “Directory of Talents (Collection of Hanke(*))” which connect islanders and visitors, in order to get the attention of curious persona Yuki-chan.

Based on these discussions, the facilitator gave us a suggestion to display photographs related to our theme “Healing and Stimulation” to motivate a trip to the island. Another recommendation was to figure out a system for visitors to access via cell phones the information about business associates and people related to the photo images. 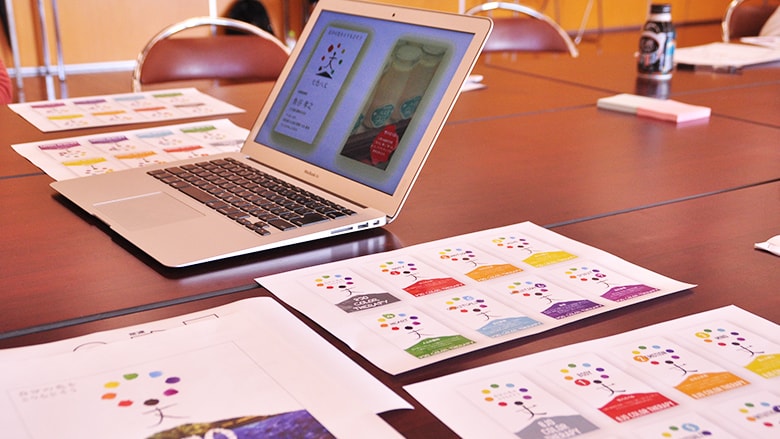 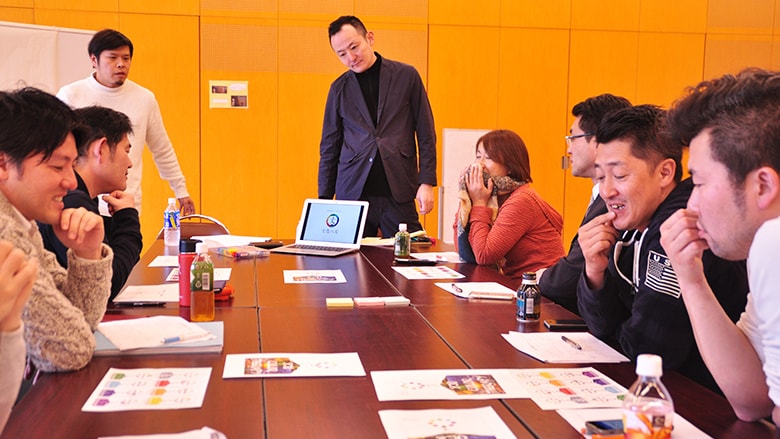 Next, the facilitator suggested simulating where the persona Yuki-chan actually would find Hachijojima and how she would travel around the island. Her trip was described through the facilitator’s questions and the attendees’ answers.

In this scenario, Yuki-chan found Hachijojima just when completing her big project and was relaxing. While considering a treat to herself, she went to an Italian restaurant serving natural wines and picked up the photo collection of Hachijjojima, “How to Catch a Rainbow in Hachijojima”.

Looking into this photo collection, Yuki-chan wanted to see the “beauty” in person, and booked her trip by scanning the QR code at the end of the photo book. First thing on arriving on the island, she rented a car, drove to Hachijo-Fuji, and admired the entire island. Then, she stopped by at a gelateria in a botanical garden and enjoyed mushroom gelato. There, the staff told her about the mushroom hunt and she made a reservation.

At each point she visited, she was recommended the next destination and it was easy for her to plan her entire trip on the island enjoying the new experiences and meeting with people. After her first trip to Hachijojima, back in Tokyo, Yuki-chan shared her trip with her friends at the Italian restaurant and told her circle of friends about the charms of Hachijojima from her view point.

As a conclusion of this Island Assembly, we confirmed the preparation schedule for “Tokyo Treasure Islands Museum” which would be held at the end of March. To present the result of our discussion, we decided to produce a video of Yuki-chan’s trip discussed in the Assembly.