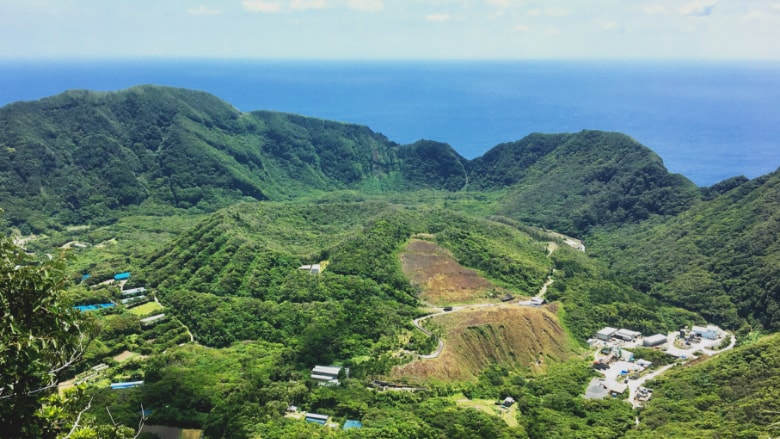 The Tokyo Treasure Islands Project is a project which aims to add value to the Tokyo's islands and polish their brands through "Shima-Kaigi" (Island Meetings) with residents. This report covers the first island meeting held on June 3 in Aogashima.

Scenery, traditional culture, children and small population. What are the Treasures of the Island?

Five people participated in the first Island Meeting in Aogashima Island. To explore from different point of view, they started the meeting with the theme of "scattering ideas". Three topics were discussed with flexible ideas.

The first topic was "What comes into your mind when you think about Island Treasure". Each member wrote out on sticky notes and shared them. Some wrote positive things such as beautiful stars, the island scenery, the geothermal energy, salts, Aochu (Aogashima liquor), their traditional culture, the local cuisine and children. Some of them, however, wrote out negative sides such as their small population and little information. They discussed that these negative points should also be considered positively by changing their perspectives. 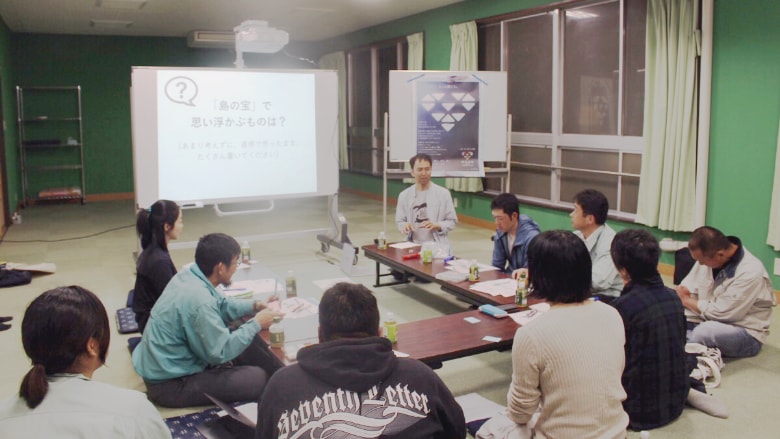 The second topic was "What is ideal for the island?" The members tried to focus more on "thinking out of the box" regardless of feasibility on this topic. Various ideas came up such as "Selling Aochu tasting set", "Organizing a stargazing tour", "Cooking class using vegetables and salts from the island" and "Constructing a zip-line on a caldera mountain*"by participants who respected each other's ideas.

*Zip-line is a pulley suspended on a cable mounted on an incline, allowing users to enjoy it as a fun activity. 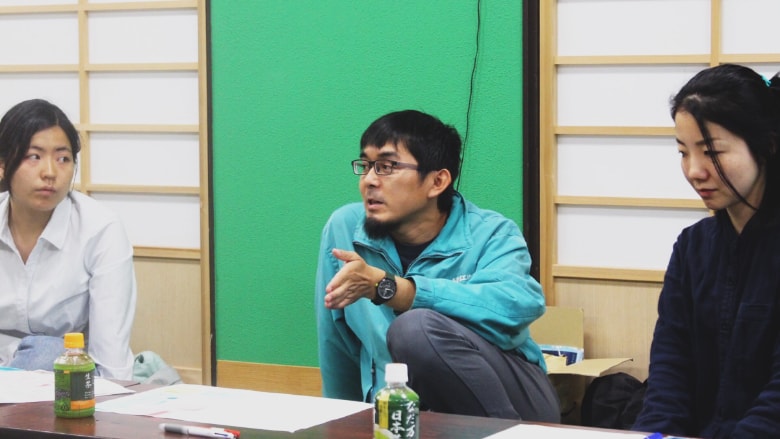 The third topic was "Who comes or will come to our island?"
The participants analyzed the following types of people seem to come to this island recently; people who love island trip, those who love nature, those who love fishing and who just want to be themselves in the nature, etc. The participants also noticed and recognized that people who visit the islands have various kinds of purposes. This gives the islanders a chance to think about what kind of people they want as tourists in the future.

Based on the 200 ideas came up through positive atmosphere during the meeting, What comes next?

Almost about 200 ideas came up through the 2-hour meeting. Satoshi Arai, one of the participants said "I had such a great meeting. Many people participated and discussed with honesty. Not only one-way opinions but also interactive ones. These ideas broaden my view". Yuri Kikuchi who came back to the island 3 years ago said "I was glad to have this opportunity because we are busy at work and stuff every day and never had a chance to gather and talk to each other seriously. We were very positive about discussion and the atmosphere was really relaxing." 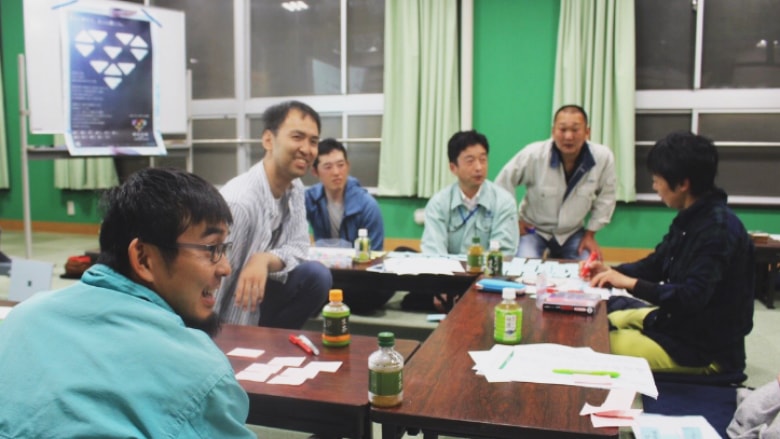 There are four more island meetings in Aogashima Island that will be held in 2019. The following sessions will use the ideas shared during this session to discuss the brand concept of the island and concrete process.