This report summarizes the latter part of the second Island Meeting jointly held by Oshima, Kozushima, Miyakejima, and Hachijojima on October 24, 2018 in Akasaka, Tokyo.

Part two of the program kicked off with a lecture by Takuya Oikawa, chief editor of CoLocal, an online magazine published by Magazine House, on the topic of “Communicating local attractions and creating an appealing local brand.” As an initial step towards linking the tips and insights verbalised in group discussions to island branding, Mr. Oikawa outlined the role of CoLocal and talked from a locality media perspective about what is needed to communicate local attractions and create an appealing local brand.

After speaking about the importance of building a sustainable base, he emphasized the need to consider one’s own scale before clarifying how they would like to publicize an island, including off-season publicity. He also provided examples from projects in Nishiana-machi, Iwate Prefecture and elsewhere, highlighting four key concepts: creating value from resources, finding an edge to generate topicality, utilizing alliances and networks to extend share, and devising stories to expand branding.

Mr. Oikawa noted that limits on various resources would present challenges for securing repeat visitors who understand the value of the islands and efficiently attracting new customers. He advised that identifying and publicizing new forms of local value would help to resolve such issues, and encouraged participants by wishing them all the best for success in their efforts. 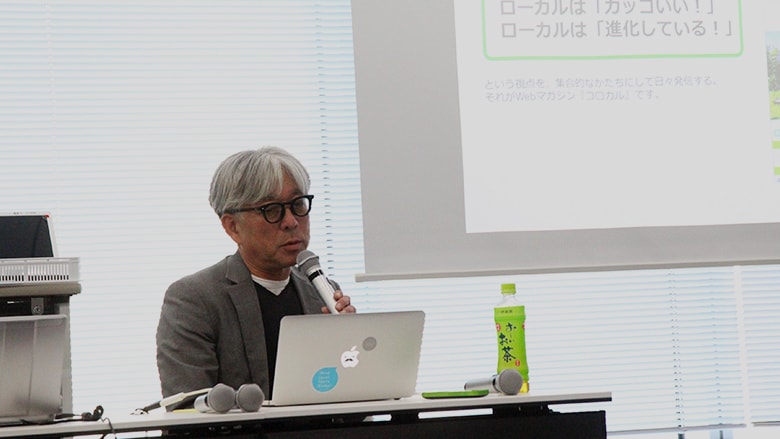 Next on the program was a lecture by Kei Takeuchi, a divisional manager at Hakuhodo Brand & Innovation Design (BID), on revisiting branding basics before identifying island attractions and actually refining them. Illustrating his points with real corporate examples handled by BID, he showed his doubt on the notion that branding entails using advertising and other publicity to present an attractive appearance, make cosmetic improvements, and boost one’s image. Branding involves applying all kinds of methods including developing people, objects, and places, and brands are not a question of high or low prices, but of a clear, alluring personality. He affirmed his belief that branding is about creating things that have value for all stakeholders.

Mr. Takeuchi described the benefits of branding as generating superior quality and a unique distinctiveness that others cannot imitate, and showing clear reasons for customers to choose your products or services. He concluded with the thought that the local areas and islands held tips and possibilities for future branding. 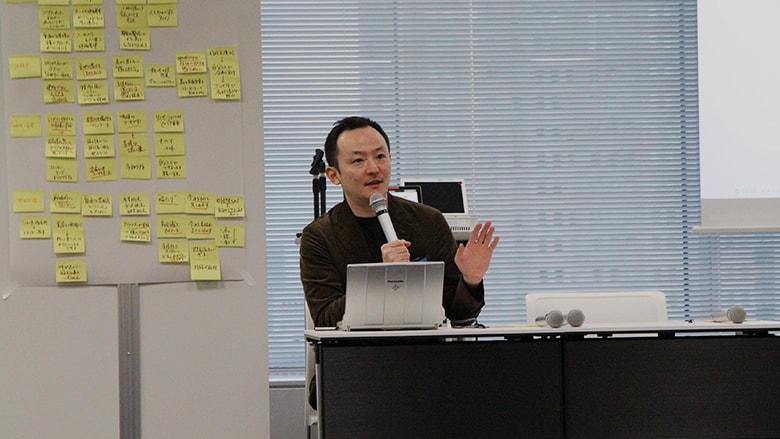 Each group then discussed overall insights gained from the field work and lectures. All groups noted that considering things alone on their own islands just resulted in pleading for resources they don’t currently have. However, the places they had seen and the accounts they had heard today all showed branding undertaken from the perspective of utilizing unique attributes already present. They thought that properly enhancing the alluring personalities of their own islands and making them more appealing would generate added value, and they were motivated to take the valuable opportunities presented by the joint Island Meeting and link them to their own efforts for such goals. Having learned from both theories and practices, many felt they needed to fully process what they had seen and heard with a view to applying these lessons to their local initiatives. The day gave all participants tips and insights for future endeavors.